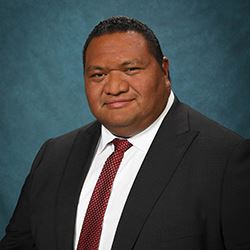 Ifo Pili began his duties as Las Cruces City Manager on Sept. 8, 2020. Before coming to Las Cruces, Mr. Pili was the city administrator in Eagle Mountain City, Utah since 2012.

He was born and raised in American Samoa until moving to Utah in his sophomore year of high school.

At BYU, he was a scholarship football player for the Cougars, and received all-conference honors as a defensive lineman. His talent as a football player enabled Mr. Pili to play professionally, in the National Football League, for several teams, including the Houston Texans, Philadelphia Eagles, and New England Patriots. His playing career with the Eagles was highlighted by the team’s appearance in Super Bowl XXXIX.

While attending BYU, Mr. Pili met his wife, Jenny, who then was a member of the track team. They now have eight children. 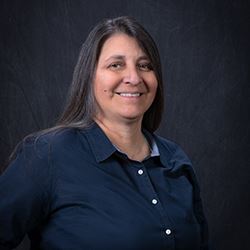 Delgado was born and raised in Las Cruces. She joined the City of Las Cruces in 1996 as a basketball scorekeeper and summer recreation team member. She has more than 27 years of experience in the Parks and Recreation field and has served numerous positions within the department. She has been a proven leader as shown with her involvement with the recent General Obligation (GO) Bond projects including the creating of additional multi-use trails, a new splash pad, and new multi-sport complex.

Ms. Delgado earned her undergraduate degree from New Mexico State University (NMSU) in the field of Psychology. She also earned her Master’s Degree in Sociology from NMSU. Working her way up from scorekeeper, she has held several positions within the department including Aquatics Manager, Meerscheidt Recreation Manager, Recreation Administrator, Community Service Director, and most recently Parks & Recreation Director for six years prior to being promoted to Assistant City Manager. 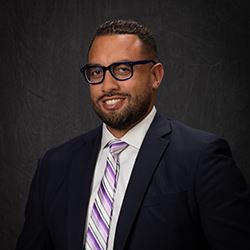 Ikani Taumoepeau previously served as city manager in Clayton, assistant city manager in Santa Paula, and deputy city manager in Morro Bay – all in California – and as economic development director/assistant to the city administrator in Eagle Mountain, Utah. In that post, he served alongside Las Cruces City Manager Ifo Pili. Taumoepeau brings experience and skills in economic development, budget development, enhancing community engagement, and facilitating community development, the city said. He has conducted complex policy and program analyses and worked closely with city councils, presenting recommendations on various issues. He also is bilingual, speaking both English and Spanish. Taumoepeau earned his bachelor’s degree in history with a minor in Spanish and his master’s of public administration degree from Brigham Young University. 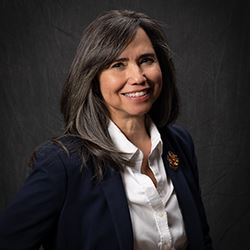 Barbara joined the City of Las Cruces in 2010 with an extensive analytical background in both the technology and healthcare business sectors. As Senior Management Analyst, she was successful in developing process improvements and evaluating program effectiveness for the City’s operating departments, in addition to administering the City’s strategic planning efforts. In 2016, Ms. DeLeon served as the Project Manager for the City-wide reimplementation of the Munis ERP system and in 2017 she promoted to Chief of Staff with responsibility for policy development, performance management, system evaluation, and community outreach. Ms DeLeon served as Interim Deputy Finance Director from November 2018 - April 2019; Interim Assistant City Manager from April 2019 - March 2021; and was appointed Chief Administrative Officer April 2021 with current reporting responsibilities of Financial Services, Information Technology, and Organizational Development. Ms. DeLeon is a graduate of The University of Texas at Austin with a BBA and MBA in Finance. 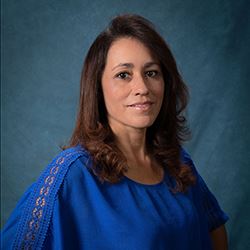 Executive Assistant to the City Manager